Return to the blog 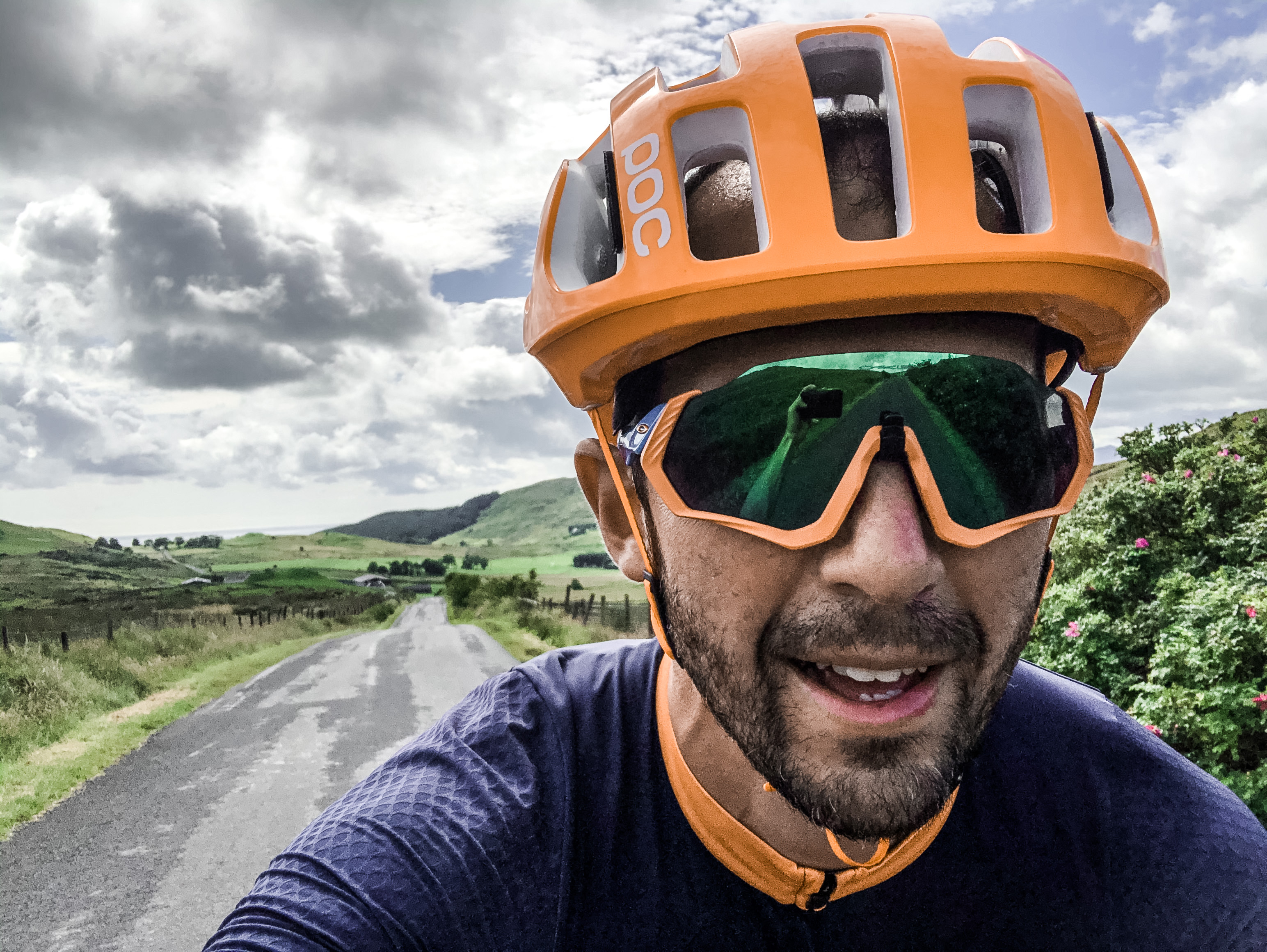 Shaved legs, electronic gears, why the Dolomites is better than the Alps and the best advice for riders new to endurance events. Haute Route rider Moustafa Fawzy tells us how it is. Each month we go deep with every day cyclists from all around the globe to get the real answers to some of the sport’s biggest questions right from the very source.

Tell us your story

I was born in the UK but my dad is Egyptian and I lived there about 15 years before I moved back to Europe. I came from a running background, but got into cycling because I was getting injured a lot. I was only focused on fitness, but over time I started to really enjoy long distance endurance cycling and in 2014 got exposed to the Haute Route events.

I thought I was an endurance runner, until I realised what endurance meant. I’d done a few sportives in the UK and even some in Europe, but nothing like the Haute Route Alps. What goes on on those day-to-day courses for me is just a completely different experience. I thought the challenge of doing seven days in the Alps would be once in a lifetime, never repeat it again and that would be it done and dusted. But that is what actually ignited my passion for competitiveness.

Since then I joined a cycling club, got into proper racing in the UK, just getting really involved with the cycling community and trying to inspire a lot of people back in Egypt as well. I really feel that a lot of people get intimidated by the amount of preparation and what you have to do and the aspect of training and I really wanted to remove a lot of that stigma from the people around me.

"This is going to be controversial, but I haven’t shaved my legs in about three years."

This is going to be controversial, but I haven’t shaved my legs in about three years. I get a lot of flack for it from my teammates and especially when I’m abroad. But I am on the fence a bit. I did it a couple of years ago because everyone was doing it and because at the events it was good for massage and this and that. The only impact I really found was when I had a couple of falls and the road rash was a lot easier to deal with with shaved legs. In the lead up to Ventoux this year I probably would have shaved my legs, but my partner wasn’t having it at all. If it was just me, I would have done it, but I was like, ‘hey, I can live with not shaving my legs if that’s what she wants.’ [laughs]

In the past I would have 100% said Alps and I have spent a lot of time in the Alps. But ever since I did the Stelvio pass as part of another sportive, I have fallen in love with the Dolomites. I love the Alps, but it does not compare to the Dolomites at all for me. The scenery, the food, the people are a lot more chilled, the vibe is very different, I absolutely love it. Galibier is probably my favourite ever climb, but overall the Dolomites are just… they’re just… it’s just, magnificent. The alps are maybe more beautiful, but the Dolomites have this ruggedness, its just out there.

Related - Real answers to the big questions: with Ade Hill 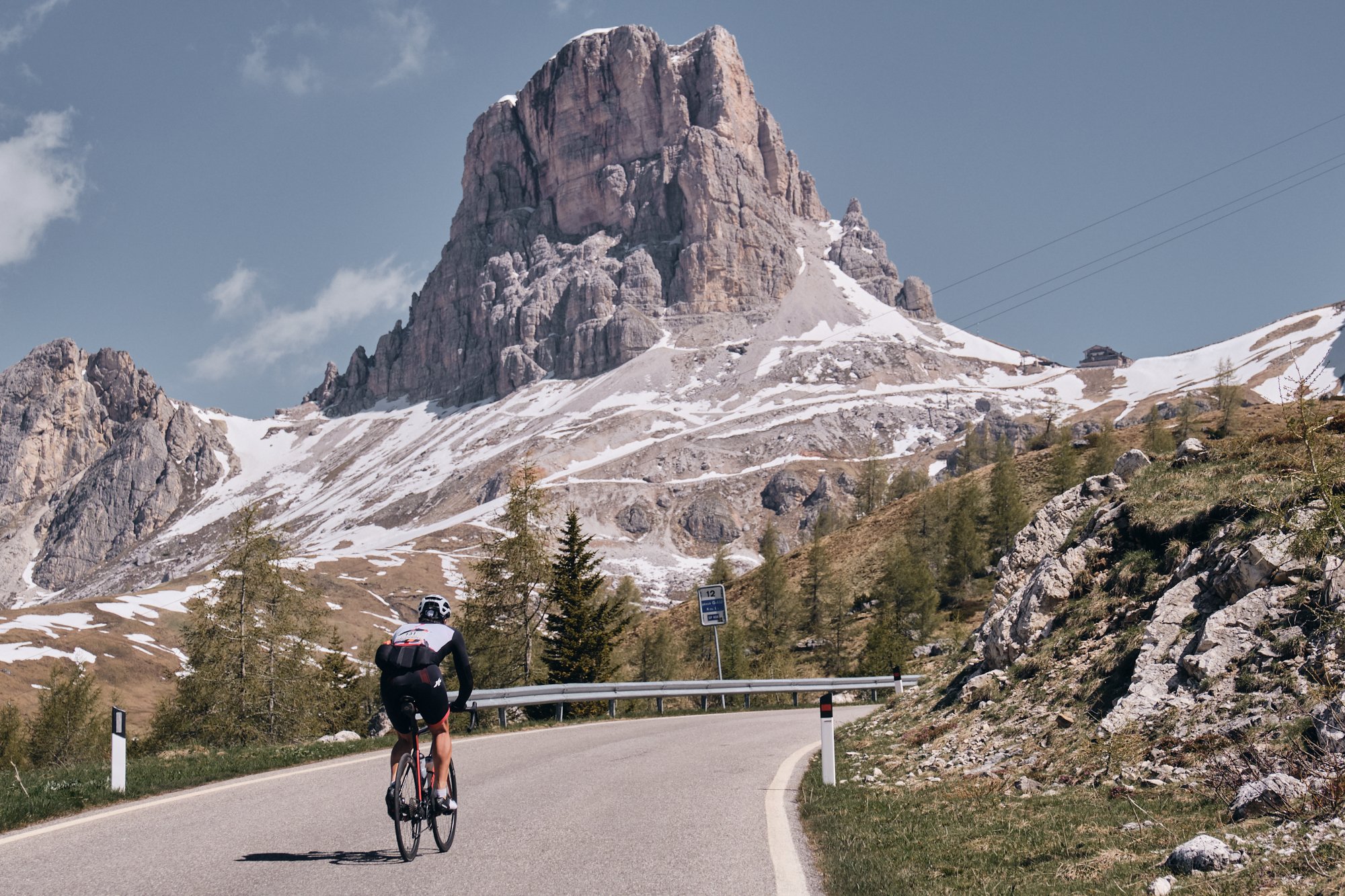 Oh god [laughs]. I’ve been servicing my bikes for a long time and I’d say if someone new is coming into the sport with an average budget, go for manual just for simplicity and to get used to it. Until recently, I would have not thought about electronic too much, but I’ve got electric on two of my bikes now and the reality is that the smoothness, simplicity with setup and maintenance long term is just so much easier. If the price point wasn’t too far apart I would recommend electric all the time. As a purist, electric versus manual, I’m not too fussed. I’m really into technology, so in the early days I would be hesitant, but I think if the Tour teams are using it you’re pretty much guaranteed it’s fine. If I’m buying a new bike, 100 percent it would not be manual, that’s for sure.

Related - Real answers to the big questions: with Enya Elswood

Do you have a must-have mid-ride snack?

The only thing for me is that whenever I have a coffee, I always have to have something else. It’s a really bad habit. So even if it’s at the end or beginning of a ride and someone says ‘let's just have a quick coffee’, I’m like, ‘yeah okay what can I nibble?’ [laughs] 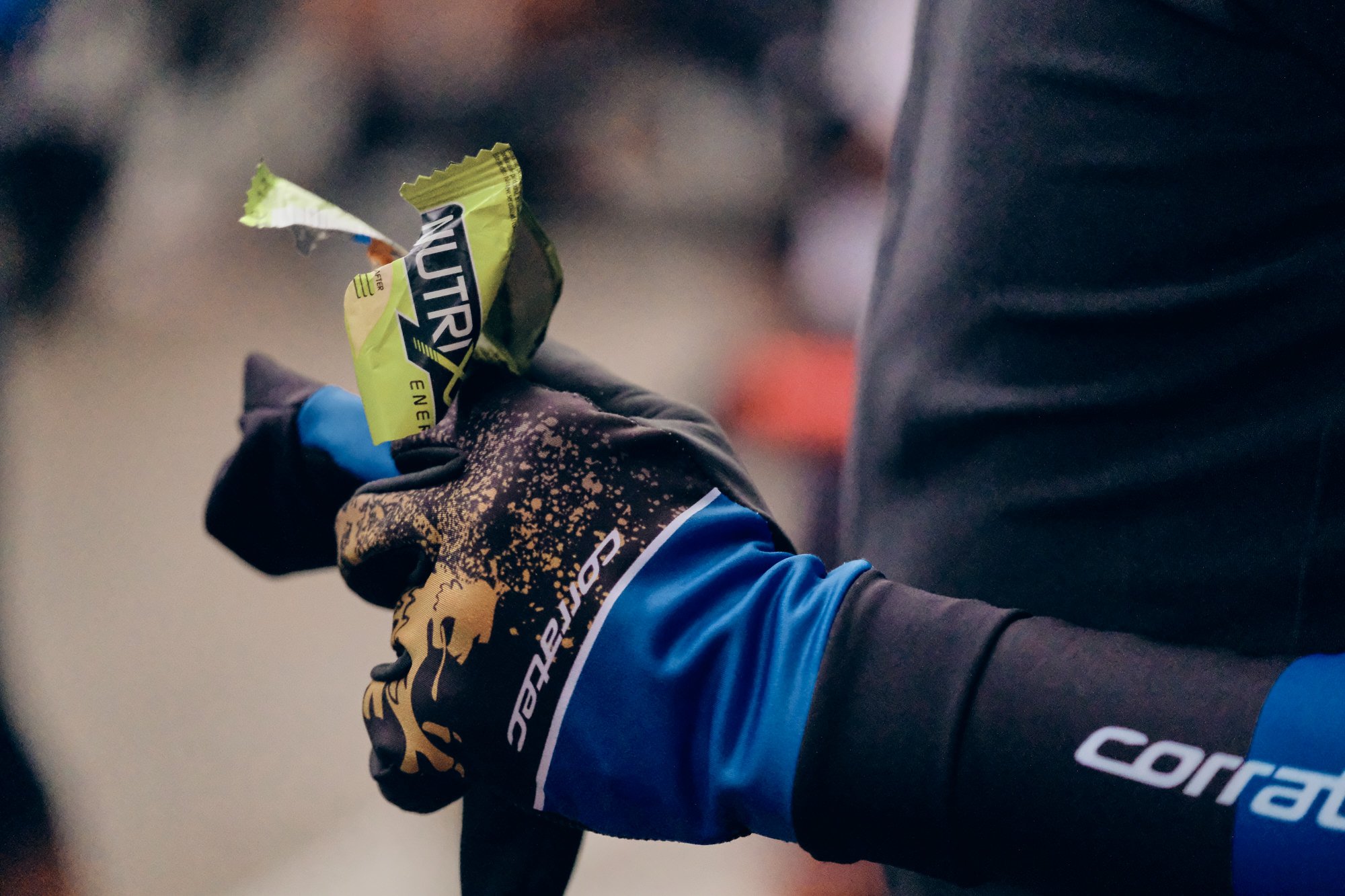 What’s best advice you could give someone starting out in endurance cycling events ?

Don’t be too afraid of stuff. In general, when you look at any kind of endurance ride, split it into small chunks. Whether it’s an hour,  five hours, or three days of really intense effort, I think the most important thing is to split it into smaller chunks to be able to overcome that and not get intimidated by the big picture. Try to keep focused on what’s ahead of you and what you can control, like food, drink, what you’re wearing, the equipment you’re using for that specific period, and then you move forward to the next one and the next one. Breaking it down, for me, is really important.

Have you got some real answers to cycling’s big questions? Get in touch to tell us your story. Send us a message on Instagram or Facebook  and tell us how you want to start the discussion. 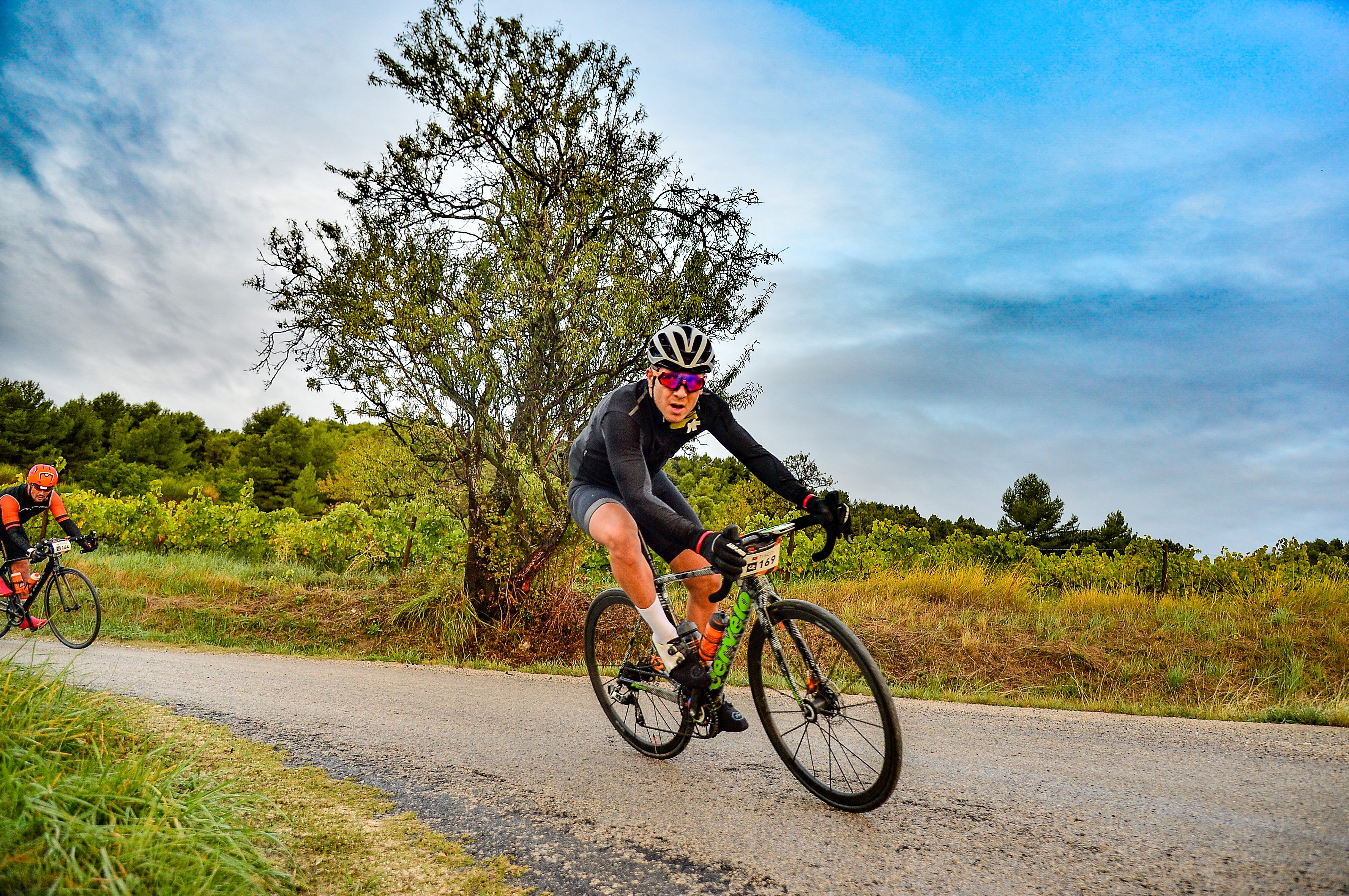 Is the discussion around weight in amateur cycling healthy, what’s the cross-over between mountain biking and road ...
END_OF_DOCUMENT_TOKEN_TO_BE_REPLACED 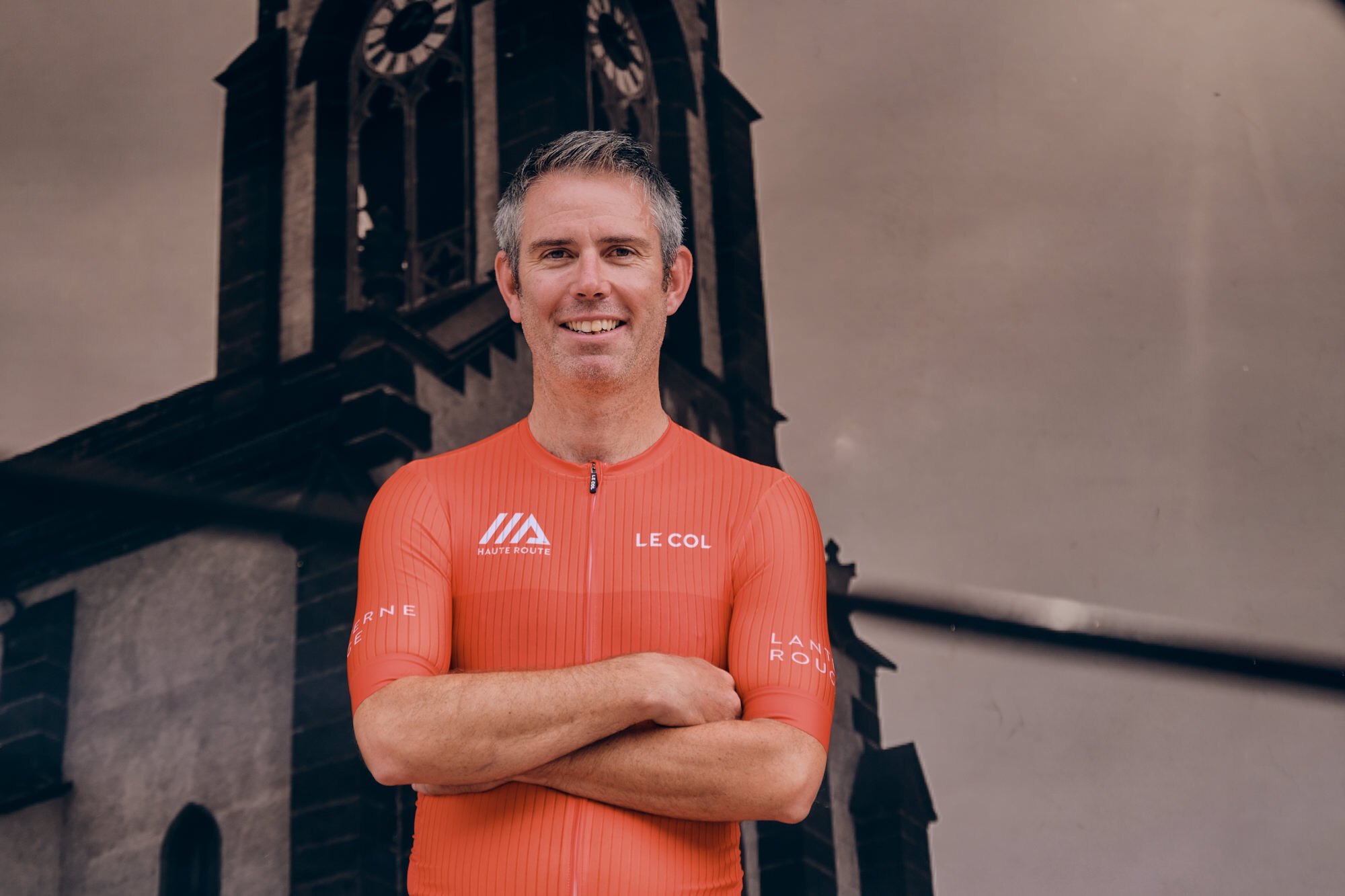 Why should professionals be the only ones to answer the sport’s biggest questions?From the UCI’s ruling on the ...
END_OF_DOCUMENT_TOKEN_TO_BE_REPLACED 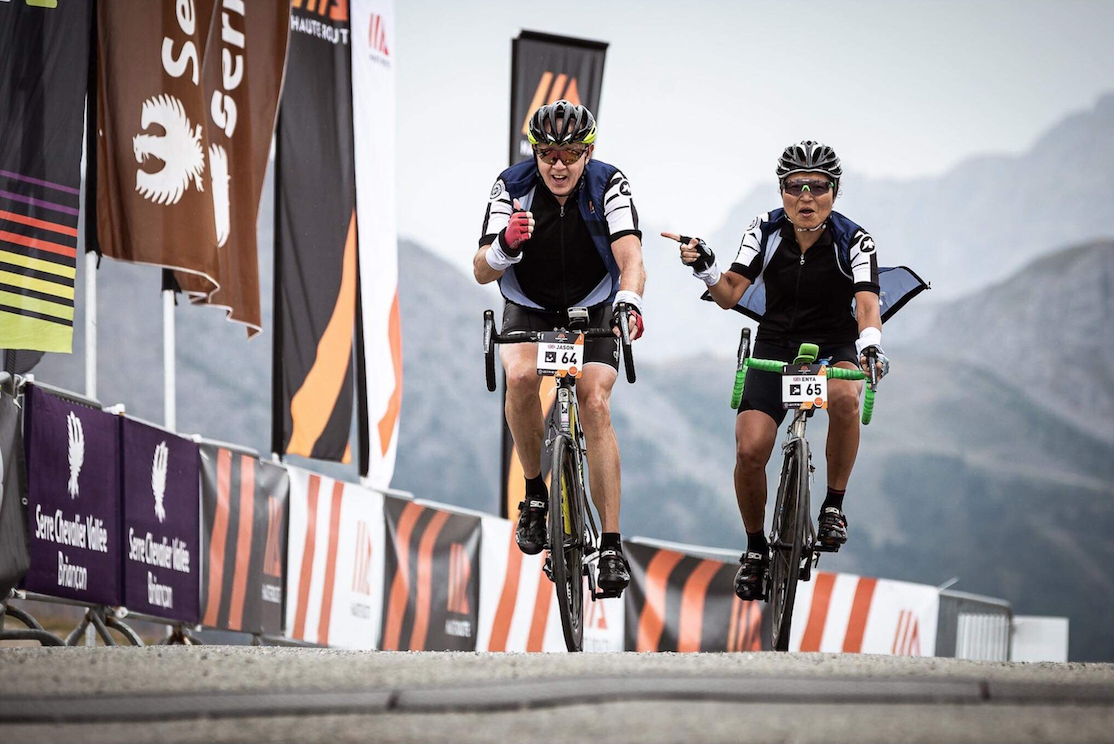 Why should professionals be the only ones to answer the sport’s biggest questions? From what London needs to do to ...
END_OF_DOCUMENT_TOKEN_TO_BE_REPLACED