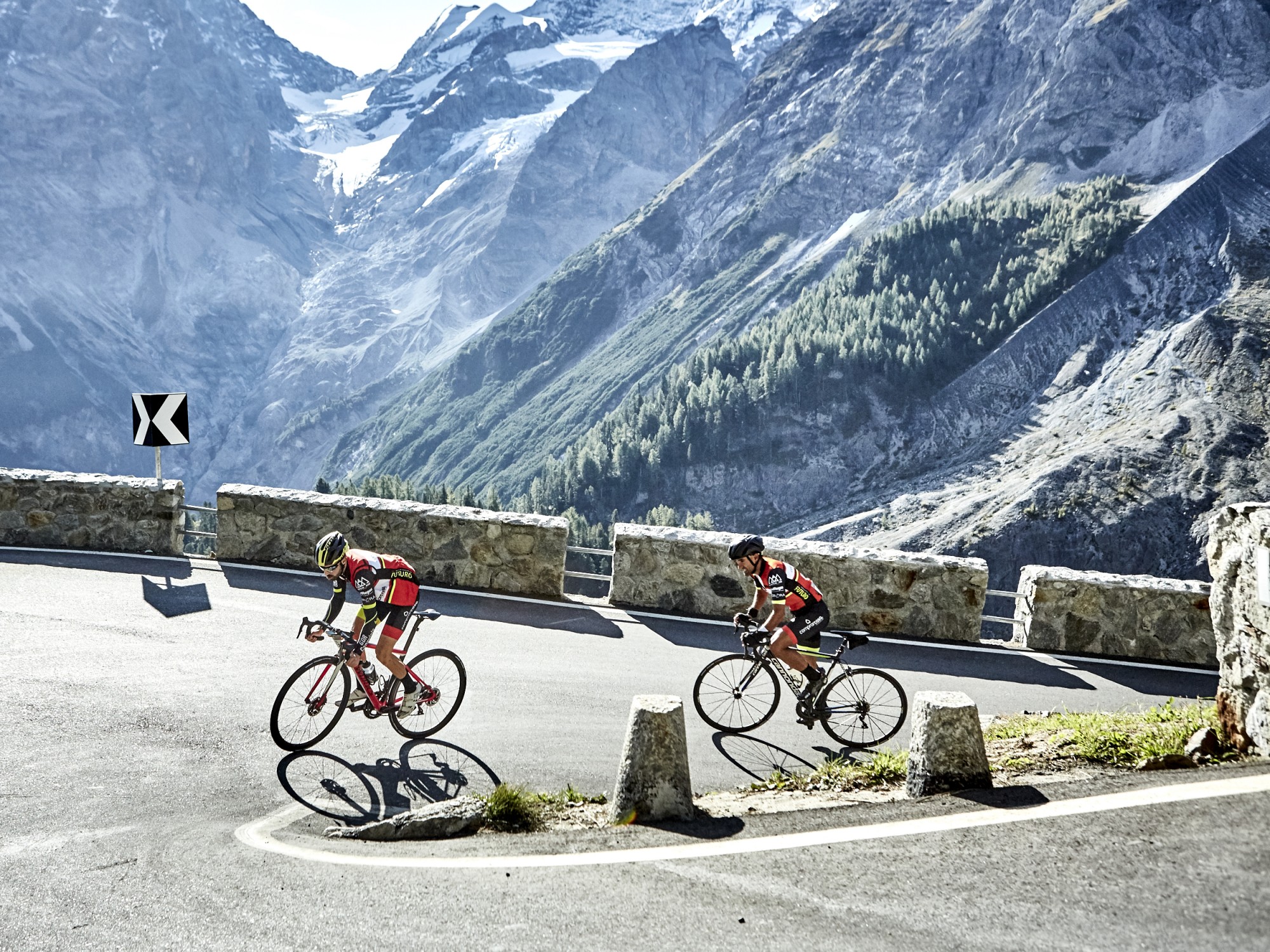 Inspiring and daunting in equal measure, Stelvio is a climb straight out of cycling utopia. But it’s no easy feat. Discover our tips to conquer this legendary pass.

The Stelvio Pass needs little introduction. Mention the climb to any cyclist and an image of its hairpins will instantly come to mind, all 48 of them. Inspiring and daunting in equal measure, this climb has a rich heritage both on and off the bike – from World War One battles between nations to Giro d’Italia battles between rivals, namely that of Fausto Coppi and Hugo Koblet for the maglia rosa.

Considered second only to Col de l’Iseran as the highest paved pass in the Alps, Stelvio is a climb straight out of cycling utopia, but it is no easy feat. The ‘classic climb’ from Prato is considered the hardest of the three routes, bringing together a combination of distance, gradient and altitude that makes it an irresistible bucket-list climb for cyclists.

"Don’t will the kilometres away too quickly, because experiences like this don’t come often."

Whether it is your first time up the Stelvio, or if you have some unfinished business to settle, we’ve brought together some tips that should help you enjoy this helter-skelter of a ride.


While it is normally encouraged to look forward, not back and to look up, not down, you don’t want to miss the most pictured and famous climb in the planet by focusing too much on the coming kilometres. As you weave your way up the climb, make sure you take a peek across the low stone walls at one of the most beautiful and scenic roads in Europe. Don’t will the kilometres away too quickly, because experiences like this don’t come often. 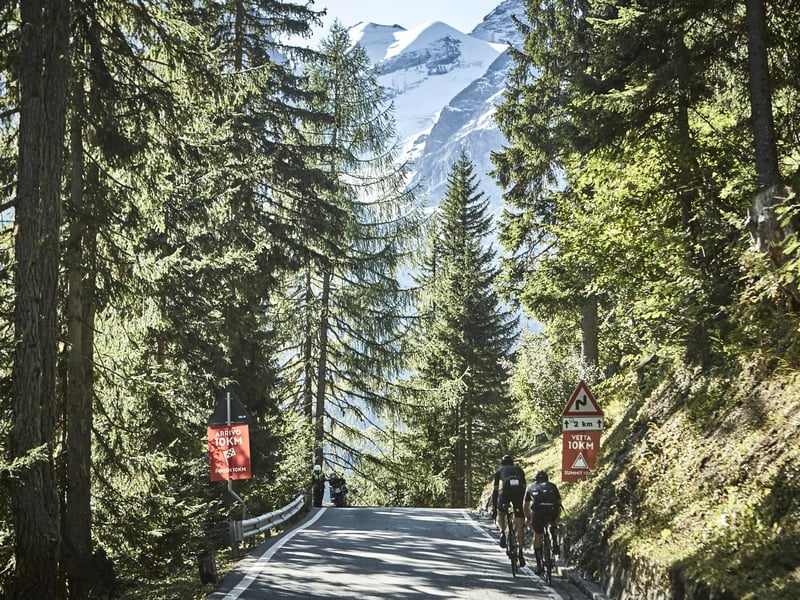 "You will be begging for air and new legs if you take this climb too hard, too early."


This climb really is a tale of two halves so don’t get lured into a false sense of security. With the first 10 kilometres offering up a steady gradient between 5-7%, you might wonder what all the fuss is about. But after the village of Trafoi, the true nature of this daunting climb becomes more apparent. Combine that with some serious altitude in the later stages and you will be begging for air and new legs if you take this climb too hard, too early.


With 48 incredible switchbacks on the way to the top, you need to make sure you work with these famous corners, not against them. As always, don’t forget that the inside line gives you the shortest but steepest route, a wider approach allows you to catch your breath on an easier gradient, while the middle line often offers up the best of both worlds and creates a slingshot effect out of the corner. Whichever line you opt for, focusing on each hairpin rather than the entire climb helps mentally, so get counting! 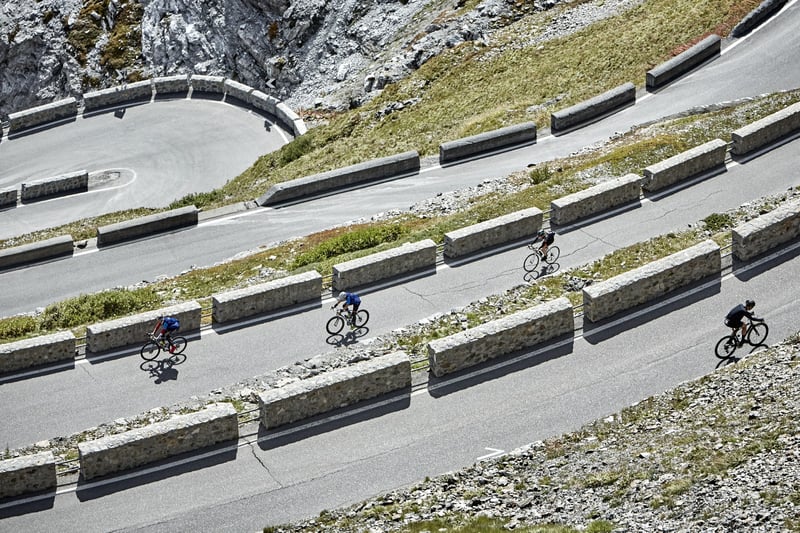 We all know Italy in summer can be very hot, so take care of yourself when taking on this climb. That being said, the Giro d’Italia had to cancel the ascent up the pass four times due to bad weather, so you never know what you are going to get, and it is best to come over-prepared. You will also be climbing above the clouds so prepare for it to get chilly at the top and on the descent back down, especially after being drenched in sweat from your effort.

5. Go steady on the descent

Remember the drama of the 1953 Giro d’Italia which saw Hugo Koblet crashing twice on the way back down the Stelvio and losing three and a half minutes to rival and race eventual winner, Fausto Coppi? You may be buzzing after ticking an epic climb off your bucket-list but don’t underestimate how physically and mentally tired you are.

Featuring at this year’s Haute Route Dolomites, the climb to Stelvio is the ultimate ride. Find out more about this five-day point-to-point race on the Haute Route website. 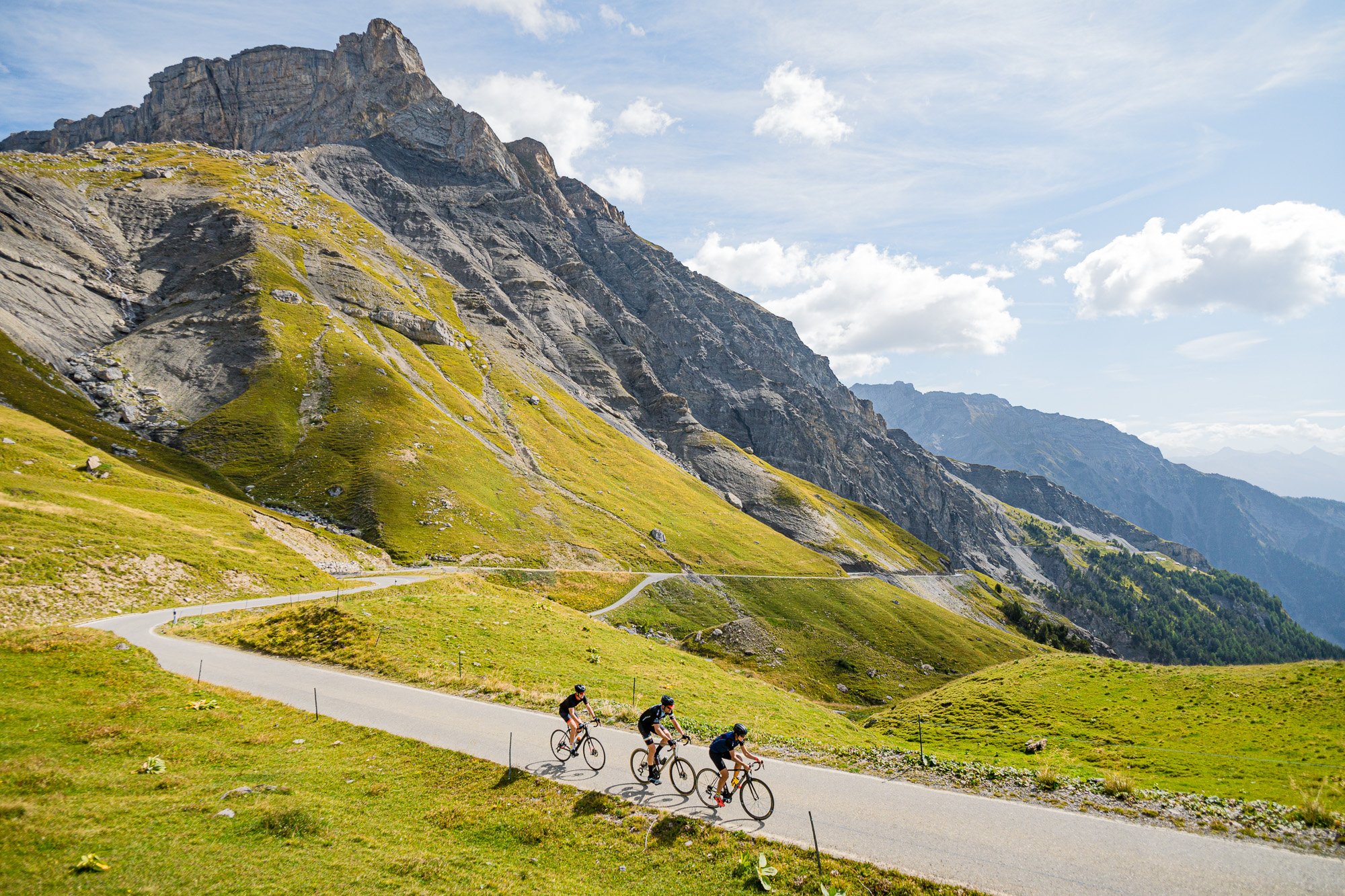 On paper, the Col du Sanetsch has nothing special to offer. It sits in just another side valley of the beautiful ...
END_OF_DOCUMENT_TOKEN_TO_BE_REPLACED 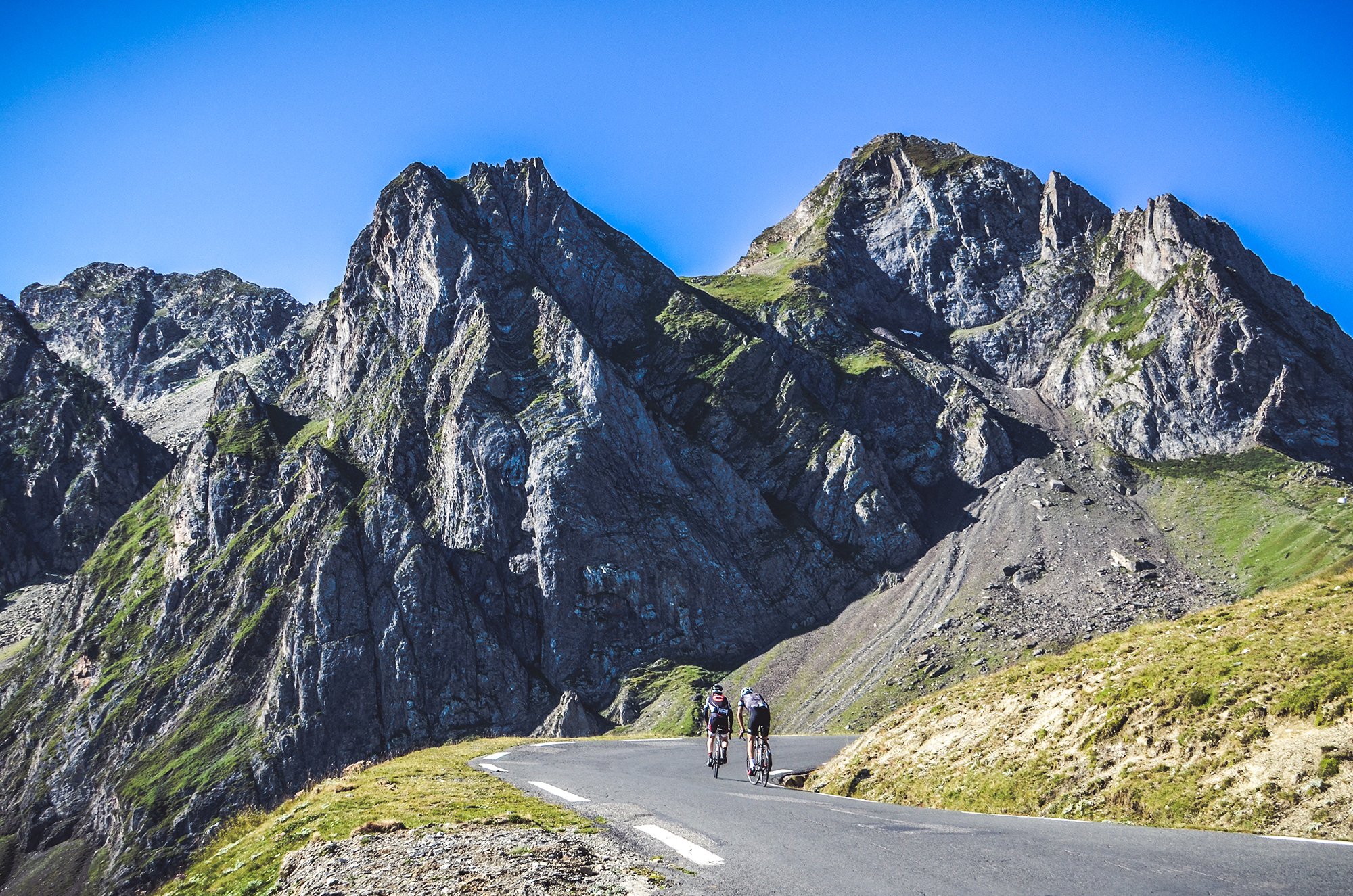 It doesn’t matter if it’s done by an amateur or a professional, every summit finish has its own story. But few ...
END_OF_DOCUMENT_TOKEN_TO_BE_REPLACED 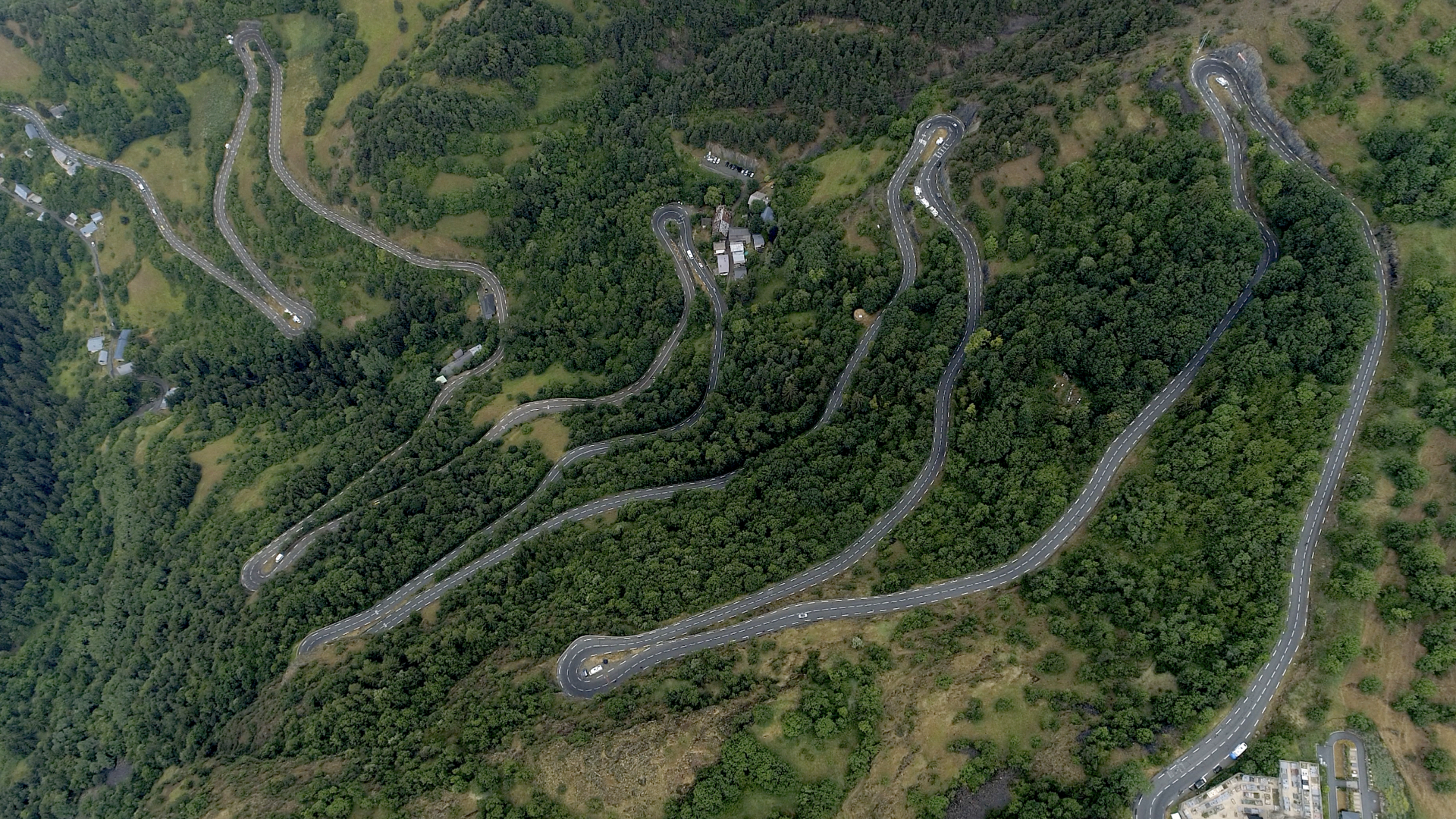 There are plenty of unforgettable moments and tales of defiance to come from this remarkable road. But with a ...
END_OF_DOCUMENT_TOKEN_TO_BE_REPLACED